Pagina Inicial / Filmes / How It Ends 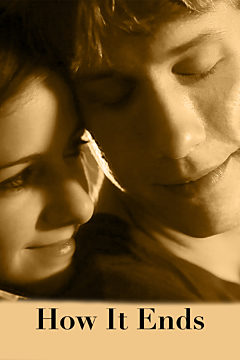 This is the story of two people who are in love in the modern world. Peter is a graphic novelist working on a story called 'the Janitor', a futuristic science fiction He constantly takes his own relationship with Rachel as inspiration to his novel. Rachel is a biologist, who discovers a fish called 'Gobinon' in the Midwest waters of a small town. Gobinon seem to have water cleansing effect to the water around them, and Rachel further more receives offers from prestigious scientific communities to travel and study the fish. Then Rachel discovers that she is pregnant with Peter's child, and her decision becomes ever more weighted. This is the story of divergent dreams among a couple who are deeply in love.