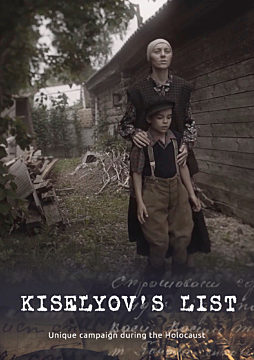 For many years, almost nothing was known about this unique operation that took place during the Holocaust. In August 1942, 270 Jewish people went on a mortal campaign. Among them, there were children, the youngest was 1,5 y.o. They had to cross the front line and go through the territory completely occupied by the Nazis. Go through to survive. Go through to save the lives of their children.

Leon Rubin is one of the few children who survived. He did everything to immortalize the name of their saviour, to bring the terrible story of the struggle to his children, descendants. He comes back to Russia to honour the memory of partisan Kiselyov and find his mother's grave, who died in Russia after the campaign.

“I did everything I had to. I want this to never happen again.” Never again.