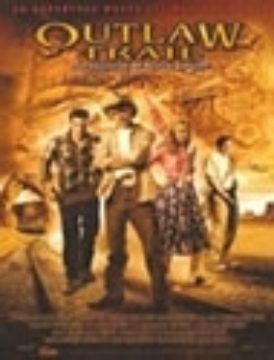 1951. Circleville, Utah. Indian grave robbers unearth a leather pouch, and the legend of Butch Cassidy's vast cache of stolen treasure whispers to be more fact than fiction. A shady museum curator takes possession of the find, verifies it as belonging to Butch Cassidy, and becomes convinced that Butch's youngest brother, 69 year old Max Parker, holds the clue to the whereabouts of Butch's loot. But it is Butch's grand nephew, sixteen year old Roy Parker and his eclectic Boy Scout Patrol, that are forced to fend off the curator when they learn a belt buckle Roy has worn for years once belonged to Butch Cassidy, and is an actual map -- a map made by Butch Cassidy.

In a race for their lives, Roy and those forced to escape with him race the Green River, unravel the mystery of an old train yard, and discover a hidden mine, where they are finally led to "Robber's Roost" and the real secret of Butch's treasure -- a treasure that brings an unforeseen healing to a family split by decades of mystery and pain.