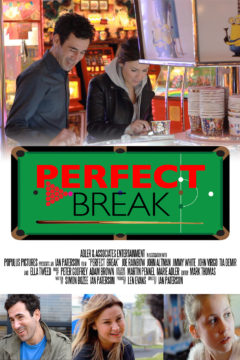 After losing his nerve during the world snooker finals, the once great Bobby Sands find himself relegated to performing trick shots in small clubs. When he meets an adorable ten-year-old girl and her attractive single mother, Bobby finds himself with a chance to find love and tread the right path, and an opportunity for redemption in the world of snooker by defeating his old nemesis at the game.