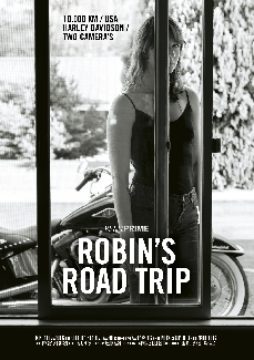 Renowned Dutch photographer Robin de Puy travels 10.000 kilometers through America on a motorbike to conquer her extreme fears and find herself again.

With only 2 cameras’ as luggage, successful Dutch photographer, Robin de Puy gets on a motorbike and sets off on a road trip through America. After winning the Photo Academy Award and the National Portrait Prize, her career rocketed. But lately her work has offered her less and less satisfaction, she wants to go back to looking around and selecting her subjects herself. When she travels to America nonetheless and rents a Harley for a massive road trip, fear grips her throat at first. De Puy’ criss-crosses the country and chooses her route intuitively. We see how she finds people whom she wants to photograph with her unique, sometimes unrelenting, but always open and honest point of view. The film closely shows how Robin struggles with her insecurities, but also how she learns about herself through her photos.