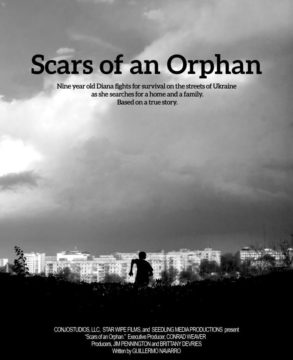 Scars of An Orphan

Diana Prykhodko, the young daughter of a troubled Ukrainian mother, struggles to survive insurmountable odds and adverse circumstances. In a drunken rage, her abusive mother disciplines Diana by holding her face to a stove, horribly marring Diana’s appearance. The scars that remain are not only on the outside.

Diana escapes to the cold streets of Kiev, Ukraine where she finds refuge with a gang of street children. Roman, the founder of Father’s House, reaches out to Diana and the other children to provide necessary clothing, shelter and food.

Through a series of unlikely events and encounters, Diana discovers a very different life. Scars of an Orphan tells Diana’s remarkable, unforgettable story of pain but ultimately of forgiveness and the healing power of love.