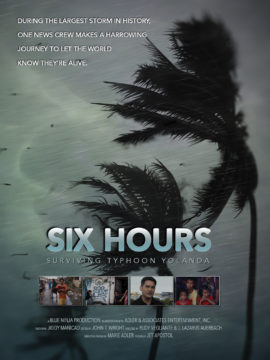 Sent to the Filipino city of Tlacoban to report live on the strongest typhoon in recorded history, newscaster Jiggy Manicad and his crew could not prevent themselves from becoming part of the story when they were forced to walk for six hours through the aftermath of the storm's devastation, interviewing survivors and documenting the damage along the way.