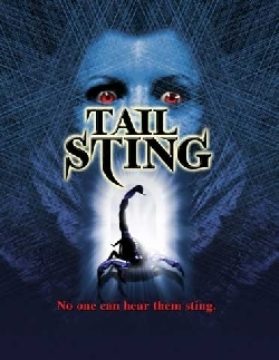 When a crate of genetically-created scorpions are transported from an Australian research center to an American pharmaceutical company, the insects are accidentally exposed to unrefined air and their thyroids respond by creating fast-working growth chromosomes.

Soon, the scorpions have grown into dangerous mutant arachnids. Crippling the aircraft, they attack the crew and passengers and knock out the communications system while the Queen scorpion forces the flight crew from the cockpit. As the airplane cruises blindly in autopilot over the icy Atlantic, the control tower loses contact with them altogether.

Handsome Captain Jack (CHRISTIAN SCOTT "E.R."), a lonely widower, is not going to welcome an early retirement. With nowhere to run and few places to hide, he teams up with Dr. Jennifer Ryan (LAURA PUTNEY "Night Divine"), the scientist in charge of the shipment, and they organize the passengers to defend themselves. Tough and intelligent, what Jennifer lacks in relationship skills she makes up for with good common sense. Unaware that her invention would result in killer scorpions, she is now determined to save lives and she and Jack quickly form a special bond.

Soon they discover two stowaways on board. With lives at stake, Captain Jack is less interested in arresting them than he is in benefiting from the brothers' electrical skills. The airplane's landing gear is severely damaged and with no ground communication, disaster is imminent. Will Yaffi (GULSHAN GROVER, "Second Jungle Book") and his brother agree to mend the landing gear?

Learning about the scorpion's habits by trial and error, the remaining passengers see that the bugs are repelled by the smell of death. But the scorpions are multiplying and it's nearly impossible to contain them. As the insects dart through the aisles, jumping out from the luggage racks and biting unsuspecting legs, the remaining team tries out their makeshift explosives while the scorpions lunge at vulnerable eyeballs. Battling towards the cockpit while the plane decompresses, Jack and Jennifer must regain control of the aircraft and stop it from disintegrating. But Jack, alone in the cockpit with the Queen scorpion, is stung and left nearly blind.

Time is running out and land is still far away. Don't be so quick to fasten your seatbelt!