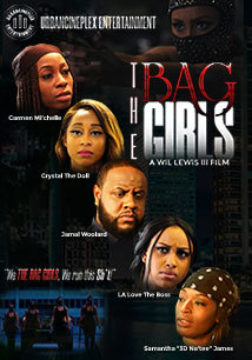 Twenty-seven-year-old Deandrea Smith, wife of prominent business owner Walter Smith, deals with his treacherous actions causing her to become destitute and enraged with revenge. Deandrea confides in her best friend, Nola, an exotic dancer, and they recruit two more women, Crystal, a religious single mother, and Daisy, a street thug, to help them execute a plan to steal $50,000 from Walter. After the successful theft from Walter, the group decides to try their fortune at bigger spoils and come up with a plan to rob Nola's place of employment, the strip club, dubbing themselves, The Bag Girls. Gaining notoriety, The Bag Girls are hired to do a job that's way over their head when they're put up against the Cuban mafia.