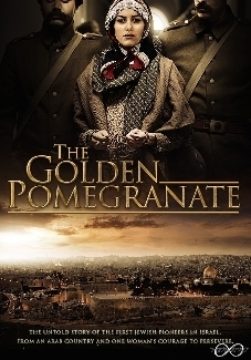 Noa, a popular Israeli singer of Yemenite descent, prepares for a concert in Jerusalem. She is interrupted by an old Arab man who claims to have been a close friend her great grandmother. He tells her about Mazal, a Jewish child-bride from Yemen, who preserves her religion, culture, family and her unique art, surviving the harsh, violent conditions of Jerusalem and the Holy Land in the late 19th through the mid-20th centuries. She becomes the mother of two, a young widow, and the family's breadwinner through her skills as a jeweler in gold and silver. In time, a woman of property and an ardent patriot, she prevails through the unfolding bloody decades while living in the Old City of Jerusalem. She heads a family of extraordinary, unforgettable characters and grows old in strength and determination, remaining true to her traditions and ideals.