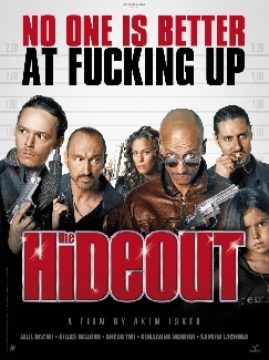 Kiko's been undercover for months and on the big day the job goes exactly to plan. With his accomplices, Gilles and Pera, he leaves the bank in central Paris with 45 million euros in three Vuitton bags. But Kiko didn't plan on Titi, their getaway driver, being called away to pick up his daughter from kindergarten.
Without a car, Kiko's next great idea is to lie low in a police station until everything dies down. Fair enough, it's the last place anyone will look for them. Trouble is, the station captain is Lydie, Gilles's ex-girlfriend, and she immediately connects them to the heist. So the gang's in a mess and Lydie's facing a dilemma. Be a hero and arrest them all, or be smart and run off with Gilles and his gang, and 45 million euros?