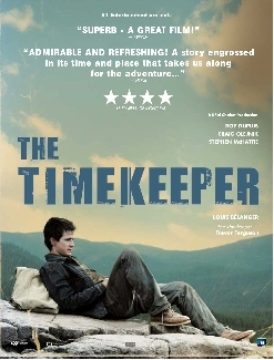 1964. Martin Bishop is eighteen. His recently deceased father left him a good education and high moral principles, but the bank has seized the family farm.
Martin lands a job as a timekeeper on a Northwest Territories construction site. Under the watchful eye of a tyrannical foreman, they're building a section of
railway. Fifty-two miles in fifty-two days: a lucrative endeavour, as it turns out. In this remote, isolated camp from which there is no escape, corruption is a way of life. The workers, a bunch of rag-tag idiots and thieves selected precisely for their defects, dare not complain. But Martin is upstanding, and won't buy into this. What ill fate do the bosses have in store for this lamb among wolves? And what will become of Martin's lofty principles when threatened with reprisal?