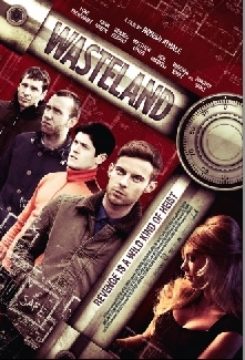 Battered, bruised and under arrest, Harvey Miller sits in a police interview room facing interrogation. Clutching a stack of eyewitness statements, Detective Inspector West has no doubt as to Harvey’s part in a foiled robbery, and his subsequent attempted murder of local businessman Steven Roper. Denying nothing, Harvey agrees to tell his version of events in full. As the story unfolds, we discover that a malevolent and unjust act perpetrated by Roper put Harvey in prison and now he has a score to settle.

Following an emotional reunion with his best friends, Harvey sets about finding the girl he left behind, determined to rekindle their romance. What follows is the ingenious and elaborate blueprint of a master plan which Harvey hopes will deliver revenge on his old adversary as well as giving him and his friends the opportunity to start a new life abroad. After weeks of meticulous planning, the boys set the plan in motion. What unfolds is a tense and exhilarating heist of unexpected proportions. A story of loyalty, jealousy, friendship, revenge and the pursuit of happiness.