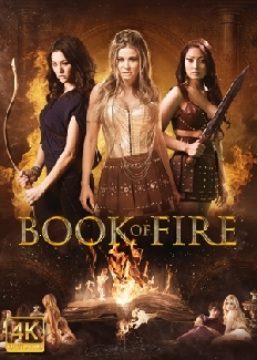 On the eve of her 19th birthday, Nina finds out that she has been cursed since ancient Roman times by Emperor Justinian. She carries a plague that can wipe out the human race. The Book of Fire reveals that Nina can choose to live and infect millions, or avoid the fate by killing herself and spending eternity in purgatory surrounded by evil beings. She has three days to decide, and so Nina has no choice but to take matters into her own hands and make her own destiny.