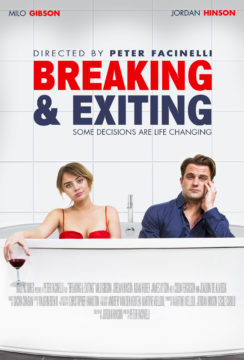 Charming petty thief, Harry (Milo Gibson), gets more than he bargains for when he comes face- to-face with a beautiful homeowner in the midst of a personal crisis, Daisy, during a routine burglary. When Harry decides to help Daisy, the two begin to realize they have more in common than they ever could have imagined, and embark on a romantic journey over one epic night filled with the unexpected.