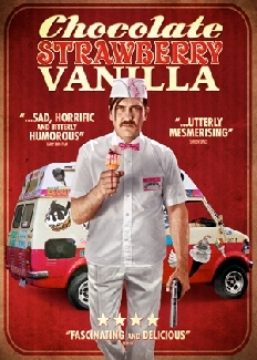 Warren Thompson is a simple loner. An ice-cream van driving man who dreams of a better life. A life that includes a relationship with Aussie soap starlet, Katey George. As that better life doesnâ€™t seem to be arriving anytime soon, Warren keeps everything in check with his mundane routines of selling enough ice cream cones to get by and masturbating over VHS copies of day-time soap starring Ms. George. Then one day he accidentally runs over his cat and the downward spiral begins. Katey George and her film crew are in town. One day after suffering another in a long line of savage beatings from local bully, Warrenâ€™s fragile psyche cracks under the strain, and his infatuation with Katie turns into psychotic obsession. As the lines between reality and fiction blur, Warrenâ€™s quest to make Katie his will have catastrophic implications for all who populate his simple world.