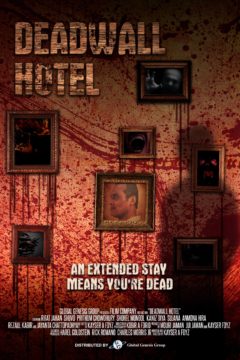 Like the Overlook Hotel in Stephen King's, THE SHINNING, The Deadwall Hotel is haunted due to its dark history of murder. When Abhik and Ria's car break down, they have to stay for the night in a nearby hotel. With only one employee and four other guests, The Deadwall Hotel seems quiet. Until the guests start being killed horrifically by ghosts. Abhik and Ria discover that a evil worshipper named Rezaul cursed the hotel to claim the souls of any wayfarer unfortunate enough to stay. Now they have to fight for their lives. An extended stay means you're dead.