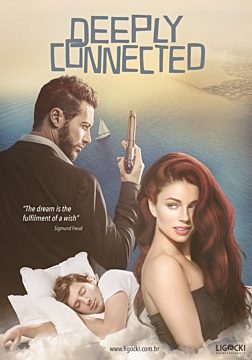 Guilherme controls his dreams and writes great action stories from them. Faced with a deal to write a film script, he starts dreaming with the beautiful leading actress and puts his life on risk.

Guilherme is a timid writer who falls asleep to dream, and dreams to write. He spends most of his days sleeping to write fantastic action stories that are transformed into bestsellers. Since his contract with the publisher is as a Ghostwriter, his name isn’t mentioned, and his payment is muuuch lower than expected for a Hitmaker. Guilherme’s financial situation is ruining his sister’s family structure, with whom he lives, and comes to a relationship breakdown when his brother-in-law is forced to advertise for sale the apartment where they live, to pay the debts of the family. Attempting to reverse the situation, Guilherme contacts a film director who will pay high for a good action movie script and gets the opportunity to present a synopsis. The financial situation of the family is about to be resolved, but, when he goes to sleep, Guilherme has his dreams invaded by the beautiful main actress and, instead of an action story, he can only dream about a beautiful love story.