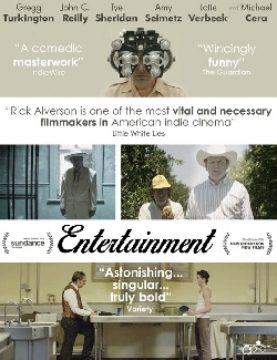 In an attempt to revive his dwindling career, an aging comedian tours dead-end venues in the California desert. Fueled by the promise of a lucrative Hollywood deal and the possibility of rekindling a relationship with his estranged daughter, he trudges through a series of increasingly surreal and volatile encounters.