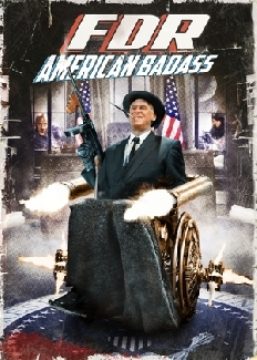 This is a kick-werewolf-ass movie for history buffs (or not). It chronicles the adventures of FDR, Franklin Delano Roosevelt, as he rides a "Wheelchair of Death" tricked out by the CIA and Einstein with rocket launchers and machine guns to stop the world from being taken over by polio-carrying Nazi werewolves during WWII. The Axis of Lycan Evil consists of deadly menaces that are led by Werewolf versions of Hitler, Mussolini and Emperor Hirohito.