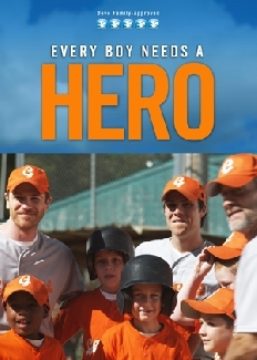 One man's broken relationship with his family fills him with the determination to make a difference in his town, and to win back the son he left behind. Reaching out through the game they both love, he deliberately forms a baseball team designed to involve both fathers and sons in a common effort. His actions begin to turn the heart of a father in prison, and transform a town. After all, every boy needs a HERO. The story shows how one good man can lead change in his community for the common good.