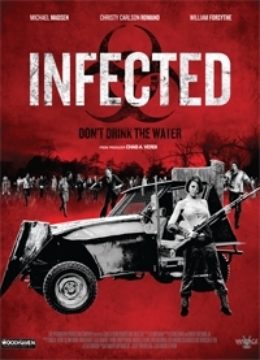 As they’ve been doing for years, Louis and his son arrive at a hunting lodge for their yearly vacation with family and friends. They hunt, drink, and share stories by the fire, enjoying the relaxing, familiar countryside. But when the caretaker’s mother falls ill, it is quickly apparent that she is not sick from an ordinary virus. When she disappears into the woods, the fear begins to spread. Reports of an outbreak of a mutated form of lyme disease begin popping up all over New England and soon, all over the country. The disease is causing people to become inexplicably violent, committing horrific acts of murder and cannibalism. Normally sane men and women, young and old, become infected with an insatiable desire to eat human flesh. Broadcasts declare that, “Humanity is sick.” These unfortunate souls are not the undead walking the Earth they are alive and understand the atrocious acts they cannot help themselves from.

As the infection spreads and the diseased monsters find their way to the hunting lodge, what starts out as an innocent camping trip, turns into the ultimate fight for survival…of the human race.