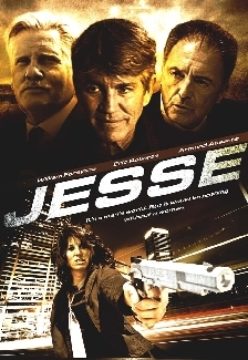 Jesse Weinstein, a female police detective, has to deal with much more than her job. Jesse is a recovering alcoholic dealing with her ex-husband, her whacky mother, and a derelict brother – who all add to her stress, and give Jesse more than enough reason to escape with a bottle.
Her brother, involved with a seedy bunch of characters, some who are well connected in the organized crime scene, suddenly disappears and is assumed murdered. When the heat was on, he was backed into a corner by the mob leader and his henchman to pay up his gambling debt or else. His sudden disappearance leaves Jesse with a tangled mystery because she’s in the middle of investigating some cases that involve the same mob.
With the Police Chief and the head of Internal Affairs breathing down Jesse’s neck, she starts to feel the pressure of having to stay on the right side of the law, while her instincts tell her otherwise. Jesse wrestles with turning vigilante, as she investigates her brother’s murder and enters a world of crime, corruption, and shocking deception.