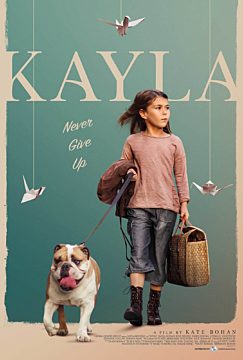 Kayla is a seven-year-old girl, her mother is from China and her father is from the United States. Kayla’s mother decides to take her to China, so Kayla can learn about her Chinese heritage. Kayla does not speak Mandarin very well but she stays strong and stands up for herself, which causes some trouble with other children in the country. Far worse though, her father dies unexpectedly on a mission in the U.S., which changes Kayla’s life forever.

Kayla’s dreams are taken away and she has to grow up quickly to take care of her sick mother. Kayla finds a way to cope, and finds balance between her Chinese culture and her Western culture. She deals with life and death, but still has the courage to inspire others around her with her singing. After so much pain and loss, she is still able to create a happy life for herself and her family.