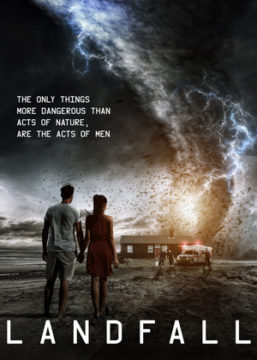 Dylan and Maisie are about to evacuate their house from the severe tropical cyclone coming from the shore. Suddenly an ambulance approaches and three men in medic uniform force their way in with a mysterious icebox. The men apparently have just fled from a heist at a local hospital and are looking for Gordo, a local thieves pawn, to trade off their stolen merchandise. Facing the extreme storm outside and one man injured, the fugitives have no choice but to hold the couple hostage while hiding out from the police and waiting for the cyclone to blow over. But their plans go awry when Detective-Sergeant Wexler and his assistant Constable Grace visit the house looking for the fugitives, and so begins a long night of violence, betrayals, revelations and cat-and-mouse games between the cops, the criminals, and the young couple whose lives have suddenly been plunged into chaos.