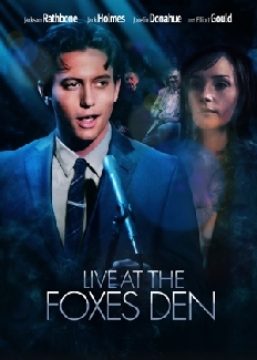 Live at the Foxes Den

He has it all, money, good looks, and women. Bobby Kelly is a young hotshot corporate attorney at a prestigious law firm. But, his life is flipped upside down after spending one whimsical night at a local lounge called "The Foxes Den." After hearing him sing, the owner of The Foxes Den offers Bobby a job as the lounge's new singer. It's a dream come true, yet it's something Bobby could have never imagined. He befriends a cast of eclectic characters and falls in love with Kat, the waitress. Bobby's new cohorts help him rediscover and follow his true passion -- singing. Ultimately, Bobby is faced with the decision whether or not to throw away what he has now and chase his lifelong dream.