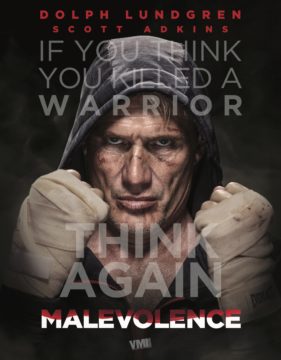 Brandon, an underground prize fighter, is asked to throw his last fight by crime boss Vincent. But Brandon bet all his savings on himself in the hope of starting a new life with his family. When Brandon is unable to throw the fight, his wife Morgan is brutally beaten and raped by Vincent's gang. After returning home from the fight, Brandon discovers the carnage and is surrounded by Vincent and his gang. Brandon’s 5-year-old daughter, Charlie is heard crying in her bedroom. Brandon is beaten to a bloody mess. He is forced to point a gun at his wife’s head by Vincent’s men. His hands shaking, he is forced to pull the trigger. Vincent grabs the gun. He points it at Brandon’s head and pulls the trigger. Bang! Brandon is left for the dead. As the apartment is set ablaze by the gang, Brandon crawls over and opens a window. He falls to the hard pavement below, lying in a pool of his own blood. An ambulance is called and Brandon is somehow miraculously still alive. Flash forward seven years and very different looking Brandon has no memory of the tragic events. Lucky to be alive, Brandon leads a mundane life working in a diner as a dishwasher, where the customers make fun of him for his slow behavior. After being confronted by some petty criminals one night, Brandon instinctively takes them out. He is helped by his is old trainer Dutch who comes to his aide. Dutch convinces Brandon to start fighting again. Brandon reluctantly agrees. After various vicious blows to his head and intermittent flashbacks throughout his training and fighting, he soon remembers what took place that tragic night. Racked with guilt, he goes on a journey to exact revenge on Vincent’s gang. He finds unlikely help frrom a local police detective with a dark past. Also, Brandon soon realizes that his trainer Dutch hasn’t told him the whole truth . Being diagnosed with a life-threatening bleeding in his brain or even learning that his daughter is still alive will not stop Brandon’s journey of revenge. He will make those responsible pay, leading to a climactic action packed showdown between Brandon and mob-boss Vincent.