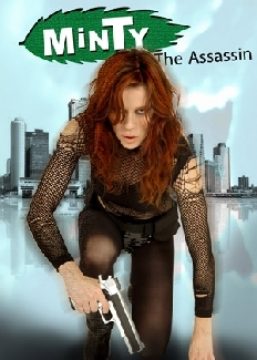 After an encounter with a deranged Zombie and a Vampire Lesbian named Double Delicious, Mindy may now fall prey to the world's biggest Fan Boy — Dr. Brain Bender.

Minty The Assassin is called to duty once again, but this time she must save her beloved Sensai before he is blown to bits. It's a race against time, Minty's only chance to save him is to face-off with has-been comic book hereos that are all obsessed with two things: revenge, and to strip Minty naked.