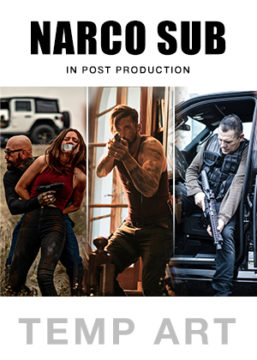 The Colombian cartel runs an operation to traffic cocaine into the U.S. through Mexico while holding two young women as hostages. Their plan is exposed when a former navy seal, Bruce Stryker, helps the D.E.A. and Border Patrol rescue the women. The furious cartel vow for revenge and kidnaps Stryker's family to force him to pilot a submarine for their next shipment to the U.S. Does Stryker have a choice between saving his family and doing the right thing? Inspired by true event.