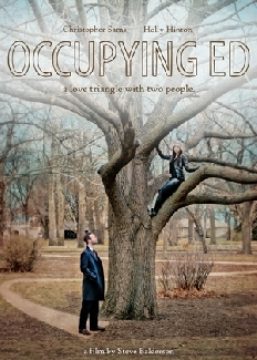 A surreal film about love, gender identity and the power of acceptance. Ed, an uptight accountant suddenly experiences some blackouts. He is also concerned about a mysterious British woman, Nicole, who seems to be stalking him. On top of that, she appears to have a connection with Ed’s blackouts. As Ed learns that he has a split personality disorder, he also discovers that even though he is losing days at a time -- days he completely has no memory of, he is functioning during these blackouts. In fact, his boss says his work is better than ever.

What we begin to discover, as does Ed, is that Ed’s alternate personality… is a woman. Her name is Helena. She takes over Ed’s body, and Nicole is her girlfriend. As Ed learns more about Helena, he also begins to develop feelings for Nicole. This spawns a rather unusual love triangle.