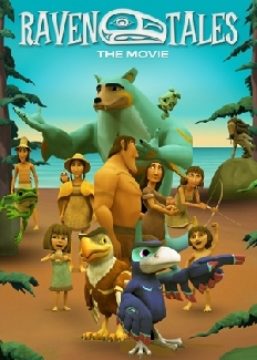 Building on the wildly successful TV franchise "Raven Tales," the feature version brings the exciting new adventure of Raven, his brother Eagle, and their friends -- First People -- to the big screen!

A villager almost drowns in a devastating winter storm, only to find himself hunted by a mysterious creature Bukwas. Meanwhile, the First People are dealing with a family stranded on the far side of the island, destroyed fishing boats, open revolt of the island animals, an increasingly controlling Eagle, and the unhelpful trickster Raven! Join them as they confront the mysterious Bukwas, and discover what happens when he finally catches his "prize.”