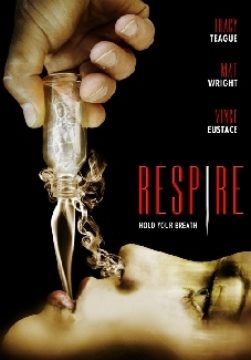 The ancient Romans believed that a person's last breath held the power to grant everlasting life. In the mid 1930's, a scientist named Dr. Randolph Kaminsky supposedly discovered a way to harness that power. But before he could share his findings with the world, he was murdered and his research was thought to be lost forever.

Flash forward to today, the box once owned by Dr. Kaminsky is discovered in an antique store. It captures the interest of two men: Raif Collins, who hopes that Kaminsky's research can cure his dying sister, and Alex Poe, whose own motives are much more heinous. After learning about her own terminal cancer, antique shop owner Susan Jordan quickly becomes entangled in a violent, suspenseful struggle to obtain Kaminsky's secret to eternal life. Hold your breath!