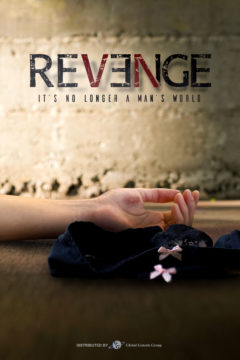 Anna Kilius is a professional building engineer with hyperosmia, an extreme sense of smell. Anna and her best friend Sara Russo are spending their holidays in San Remo, Italy. In a casual conversation, Anna confesses that she is still a virgin. Sara is shocked, but concocts plans to solve that problem when they return to Paris.
When they return to France, Sara takes Anna out to have fun. They both get drunk and Anna is flirting. As the night progresses, Sara is exhausted, and leaves with her boyfriend while Anna stays because she is under the spell of a charming young man.
At dawn, Anna wakes up in a field. She has been drugged and raped. Sara takes Anna to the police station, but Anna is confronted with a skeptical policeman. This starts the build of her anger. Anna returns to work, but she is having trouble focusing, and is given some time off.
Anna’s anger is cresting. She starts to track her rapist through hyperosmia, a precise olfactory memory. Instinctively, she returns to the same bar, meets men, and takes them home to get intimate. And by her strong sense of smell, she thinks she has found the perpetrator of this heinous crime. Now Anna’s life is in danger as her need for revenge consumes her.