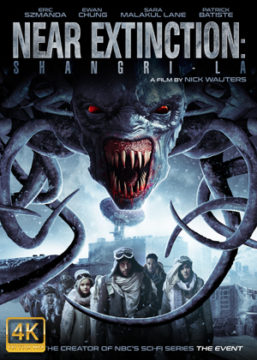 In this post-apocalyptic creature thriller from the creator of NBC's hit series "THE EVENT," mankind has nearly gone extinct after the spread of a plague and the rise of a new, human-made ice age designed to eradicate the plague. A rag-tag group of survivors led by Vargas (Eric Szmanda) are on a quest for the safe haven known as “Shangri-La,” where their species has supposedly started rebooting civilization. But many dangers stand in their way, including the members of a fanatic mutant sect and a pack of mysterious creatures called "Green Eyes."