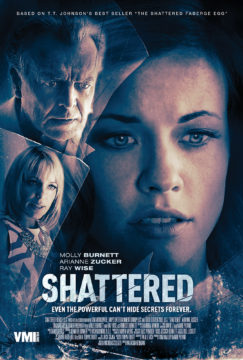 SHATTERED is inspired by a true story about betrayal, cruelty and a destructive secret that swirls around the wealthy powerful Burnett family.

Kate marries the son of the morally corrupt politician Forrest Burnett. But Kate's seemingly envied lifestyle crumbles as she journeys to uncover the truth about their adopted son. The mysterious dark past threatens to destroy the entire Burnett Legacy. As Kate investigates she begins to unmask the nightmare behind an unimaginable cover up. This puts her in unforeseen danger as secrets become exposed for all to see.