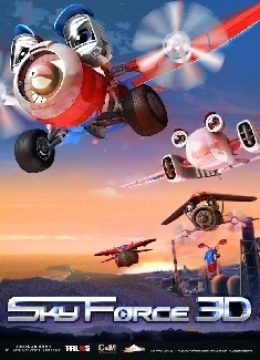 Cocky young firefighter TINNY can't wait to lead his own team, and soaring with confidence following a successful rescue he defies veteran commander CAPTAIN BEN and recklessly attempts a solo mission. But when the flames burst out of control, it's Tinny who has to be rescued by Captain Ben who is killed while saving him.

Crushed by guilt, Tinny abandons his dream and quits the fire brigade. He resigns himself to the dreary fate of hauling coal and forgets his former life, until one day a fire breaks out in the mines and his old instincts return. After rescuing his fellow miners, Tinny realizes his true calling and rejoins the Fire Brigade just as disaster strikes.

With his former team, Tinny is called to action and finds himself facing the greatest inferno any of them have encountered. To overcome it, he'll have to overcome the one thing even greater – his own fear of failing.