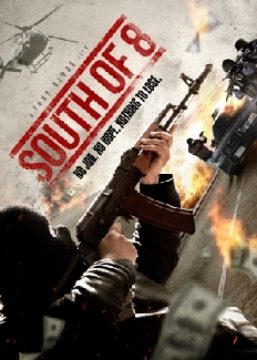 In a very near dystopian future, the Second Great Depression has begun. Unemployment and crime rates are at all-time high -- and tension is high between the civilians and the state. Victor Vasquez, an ex-convict, is unable to find a job. He has no choice but to come back into a life of crime. Along with two of his friends, they become “The Vanishers,” a group of bank robbers that use technology and their street creeds to get away with it again and again. They become overly confident and their methods become increasingly more violent as the police close in on them. They then sink deeper into the underworld, past the point of redemption.