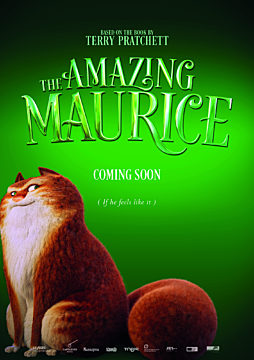 Maurice, a streetwise cat, has the perfect money-making scam. He’s found a dumb-looking kid who plays a pipe, and his very own horde of rats – rats who, strangely, are educated and literate, so Maurice can no longer think of them as “lunch”. And everyone knows the stories about rats and pipers... However, when Maurice and the rodents reach the stricken town of Bad Blintz, their little con goes down the drain. For someone there is playing a different tune. A dark, shadowy tune. Something very, very bad is waiting in the cellars. It’s not a game anymore. It’s a rat-eat-rat world and the educated rats must learn to accept a new word... EVIL. The story is framed by the Mayor’s daughter, Melissa, a keen reader of children’s literature, who, when she discovers what is happening under her nose, joins the fray and gets involved in the tale of… The Amazing Maurice.