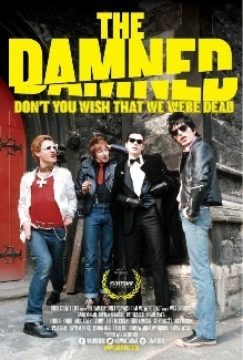 From 'Lemmy' co-director/producer Wes Orshoski comes the first ever film about the long-ignored pioneers of punk: The Damned, the first of the UK punk bands to release a single, album and the first to tour America. This authorized film includes appearances from Chrissie Hynde, Mick Jones, Lemmy and members of Pink Floyd, Black Flag, Guns N Roses, the Sex Pistols, Blondie, the Buzzcocks, and more. Shot around the world over the past three years, it tells the story of the band's complex history, as it celebrated its 35th anniversary and found its estranged former members striking out on their own anniversary tour, while still others battle cancer. The film gets up close and personal with Damned founders Rat Scabies, Dave Vanian, Captain Sensible, and Brian James as it tells the story of one of the most criminally ignored acts in music history.