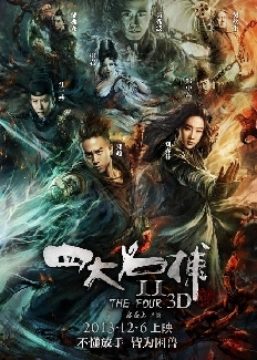 Chinese Films Undercover cop COLDBLOOD is assigned by his corrupt chief to infiltrate a rival department and sabotage their investigation of counterfeit currency. What he discovers is the counterfeiter’s real plan. To overthrow the capital. Not by flooding it with funny money. But with an army of undead.

"Boasting lavish production values and special effects, the film’s impressive cast is a mixture of top Mainland and Hong Kong talent."
Beyond Hollywood

"Martial arts flick "The Four" kicked out "Painted Skin: The Resurrection" to sit in the top spot with a surprisingly $11.13 million in its second week of release for a two-week total of $24.16 million."