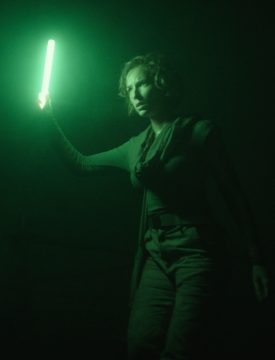 On her ﬁnal combat mission across the rugged mountains of Afghanistan, Royal Air Force ﬁghter pilot Lt. Kate Sinclair’s (Charlotte Kirk) jet is shot down over one of the most dangerous rebel strongholds. When insurgents come after her at the crash site, she ﬁnds refuge in a long since abandoned underground bunker. After tracking Sinclair into the depths of the bunker, the insurgents accidentally awake a man-made deadly biological weapon known as the Ravagers - half human, half alien and hungry for human ﬂesh. Terriﬁed, she watches the creatures rip apart the men pursuing her. Sinclair barely escapes and is picked up by U.S. Sergeant Hook (Jonathan Howard) and his army patrol sent to find her. Major Roy Finch (Jamie Bamber), commander of the local U.S. army outpost ‘Fort Apache’, and his ragtag squad of brave soldiers have a difﬁcult time believing mutant monsters have been kept hidden in these mountains. Unaware that she has been tracked to their base, dozens of the vicious creatures are already swarming towards them.