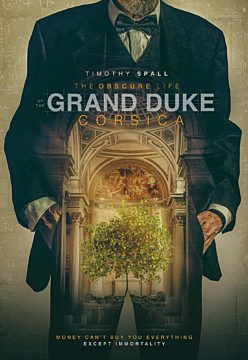 The Obscure Life Of The Grand Duke Of Corsica

A malaria outbreak on the island causes the entire population to flee. Fires break out and pandemonium ensues. Alfred must remain however, to finish the project that may be the greatest, yet most invisible, creation of his remarkable career.