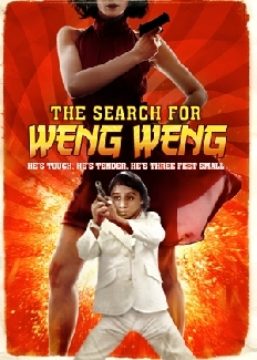 The Search for Weng Weng

The 1981 Manila International Film Festival was designed by First Lady Imelda Marcos as an elaborate showcase of Filipino culture. To everyone's horror, the only film that sold to the world was a midget spy film - a miniature mockery of Western pop iconography, and a joyously naive celebration of Filipino Goon Cinema - called For Y'ur Height Only. Its star, a two-foot nine primordial dwarf named Weng Weng, became the most famous Filipino celebrity of his generation both inside the Philippines and abroad, yet curiously, less than 30 years later, the real Weng Weng story has all but been forgotten even by those who worked alongside him. The bizarre history of Filipino B-films, as told through filmmaker Andrew Leavold's personal quest to find the truth behind its midget James Bond superstar Weng Weng.