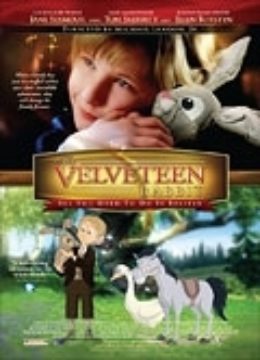 Inspired by the children's novel by Margery Williams, this live action animation mix film portrays a lonely boy that wins over his distant father and strict grandmother with the help of a velveteen rabbit and other magical toys he befriends in the attic. Featuring the voices of Jane Seymour, Tom Skerritt & Ellen Burstyn. Scheduled for a 2009 Theatrical release Carmike Theatres, released on Home Video by Anchor Bay, and will be broadcast on a major Television Network.