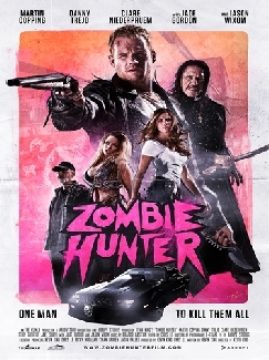 A new street drug called NATAS unleashes a zombie apocalypse that spreads like wildfire and mutates its users into flesh eaters. We follow one man, Hunter, who has nothing left but a beat-up Camero and a trunk full of guns and booze. He runs down flesh eaters, hunting them for sport and redemption from his tortured past.

After crashing into a small group of survivors, led by an ax-wielding priest named Jesus (Danny Trejo), Hunter is seduced into escorting the eclectic group (strippers, rednecks, and an innocent beauty) to a mythical place of refuge, while under constant assault from zombies and a chain-saw wielding psychotic clown. But a surprise attack by a new breed of giant mutant flesh eaters (VFX creatures) forces them on the run, and puts the Hunter's skills to the test.