主页 / 電影 / A Journey into the Holocaust 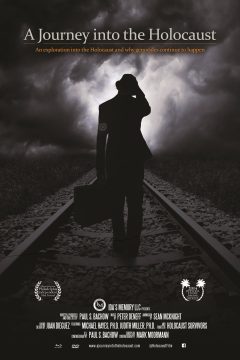 A Journey into the Holocaust

THIS FILM IS UNLIKE EVERY OTHER HOLOCAUST FILM. It addresses why the holocaust and other genocides happened and why genocide continues to happen. People that have seen other Holocaust films estimate that they have not seen 70% of the footage contained in this powerful documentary.

A Journey into the Holocaust is a detailed and deeply personal exploration into genocide. This film delves into history, uncovering the thoughts and beliefs that led to the occurrence of such an event – and why these types of atrocities continue to take place again and again – even in modern times.

First-time filmmaker, Paul Bachow, travels around the world and taps into the vast knowledge base of historians, psychology practitioners, and data derived from countless interviews with experts. Facts are corroborated and woven together with first-hand accounts of Holocaust Survivors. Our time with living Survivors is rapidly coming to a close. This film will carry on the role Survivors have carried for seventy years of giving first-hand accounts of living through the Holocaust.