主页 / 電影 / A Stranger in Paradise 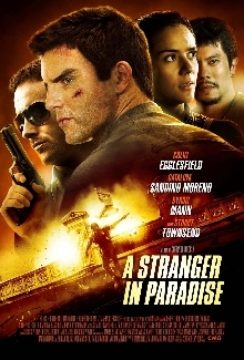 On the verge of making partner at multibillion dollar hedge fund, Josh Pratt’s
(Colin Egglesfield) life is turned upside down when the SEC investigates the head of the
company for insider trading. Forced into a well‐timed “vacation” he never asked for, Josh
finds himself in Bangkok with a price on his head and a morally ambiguous brother who is
knee deep into the Thai mafia. For Josh, the only way out is to give up information he doesn’t
know he even has.
The streets of Bangkok come alive in this fast action packed thriller as Josh sorts out the
gritty truth behind Wall Street money laundering only to end up in a tangled web of lies and
deceits which overturn everything he thought he once knew and which might just get him
killed.