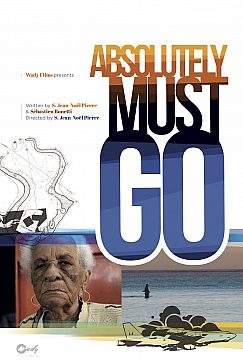 It’s the heartbreaking and almost unbelievable story of a government that deceived and expelled its most vulnerable citizens so that it could "rent" their land to a foreign power in order to establish a strategic military base. It happened during the Cold War, in great secrecy and this same government, and its successors sacrificed their citizens in silence. This government was the British government, and its citizens: the Chagossians, British citizens of the Chagos Islands in the Indian Ocean and this foreign power - the United States of America.
Absolutely Must Go tells the story of the 55 year struggle against the British and American governments. From the British High Court to the International Court of Justice in the Hague, Netherlands, for the recognition, justice and restitution of their homeland, because their #BLACKLIVESMATTER too.