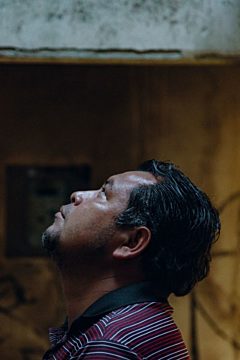 Priest and furniture maker Daniel Pacheco works in one of the most dangerous cities in the world: San Pedro Sula, Honduras. He tries to save lives, but that’s no simple matter in a country with staggeringly high murder rates. The killings are countless, not just by the drug cartels, but also by the police and the army. Pacheco lives in the midst of it, risking his own life.

Reporting murders is everyday business for TV journalist Orlin Castro. He seems comfortable with the nocturnal violence, but at the same time he dreams of a different, quieter life. A hitman named Matathan talks openly about his profession. He says he has had enough and wants to start a new, pious existence. But Pacheco, who knows him well, doubts his sincerity. Following these three men, Dutch-American filmmaker Loretta van der Horst, who was born in Honduras, gets frighteningly close to the horrific violence that no one seems able to end. If you don’t value your own life, Pacheco explains, it’s easier to kill others. A Fine Point Films and Conijn Film production.