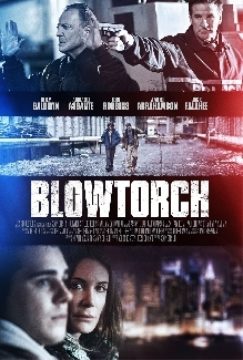 Blowtorch is the story of Ann Willis, a recently widowed and financially struggling, mother of three. When her oldest son, Dave, is murdered, Ann cannot live with the fact that she does not know who killed him. The seasoned NYPD detective assigned to her son’s murder case does not give her the attention she wants and the answers come too slowly, she gradually decides to take the investigation into her own hands. Through fearlessness and determination, day and night in the rough streets of south Brooklyn, Ann searches for an answer. She begins to stalk the gangsters and a young drug dealer she suspects know about her son. Using her cell phone as her weapon, she beings recording, taping and taking pictures of the drug dealers. Stopping at nothing, she seduces the young friend to get the story. Despite pressure from the detective, and being threatened and attacked by the drug gang, she inexorably continues until she discovers who killed her son.